“The good Lord made us all out of iron.

Then he turns up the heat to forge some of us into steel.”

If it looks like I am about to die in the photo above, it’s because I felt I was. 🙂

When I signed up for the Fairfield Half Marathon, I thought it would be a scenic coastal run with great views and possibly even a cool ocean breeze.  It actually turns out, the views of the water were minimal.  What they offered in exchange was a whole of HEAT, HILLS, and MORE HILLS.   The finish may have been at a beach, but the rest of the race was (deceptively I might add) held on the streets (the hilliest they could find I’m sure!).  Despite the repeated mentions over the PA system about what a great day it was for a race, it was clear even early on that it would be a scorcher.  (In other words, we could have used the ocean breeze 😉 )I have no idea what the temperature actually reached, but I can tell you it was 1) hot enough to melt my toe nail polish and make it stick to my socks (not newly painted either!)  2) hot enough to prompt me to run without a shirt– ( a racing first for me)  3) hot enough that I might have been tempted to run in even less if it wasn’t illegal.

As far as the course, we fortunate to have quite a few aid stations and numerous volunteers with hoses and  sprinklers to help us fend off heat exhaustion.  There was also a fair amount of shade in the early part of the race.  Despite this, however, there were still several ambulances that passed by throughout the duration- definitely not a sight any runner is ever happy to see!!!

I found myself uncomfortable almost as soon as I started… in addition to slightly anxious about being separated from my male comrades due to gender based starts.  I had done the P90X leg workout the day before and had not tapered at all on the grounds that I was using the half as a training run.  I had no idea there would be so many hills, or I would have seriously reconsidered that decision!

As a result of my poor planning, my IT bands were screaming and my fatigued legs just did not want to 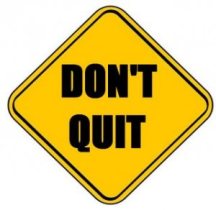 cooperate- AT ALL.  The hills and heat didn’t help.  It was like running the Hartford Marathon after my first 1000 rep workout- only worse! (minus the distance being double… ok maybe it was a toss up between the two)  I spent the first 4-6 miles wanting to quit, but reminded myself it was a long walk back.  I set a goal to finish 6 miles, then 8, then 9, then 11, and then just to finish.  By the time I hit miles 8 and 9 I was actually feeling better than I had at the first (at least in terms of pain, not so much the heat and fatigue).

Toward the end of the course I passed by a girl lying on the curb with the medics at her side and noted that she was an awful shade of gray and did not look well at all.  I was grateful at that point to only be miserable and not in any real trouble!  I felt horrible that she had pushed past her physical limit only to arrive barely a mile short of the finish.  Had she looked even remotely better, I might have offered to help carry her the rest of the way. However she was clearly in need of immediate medical attention. 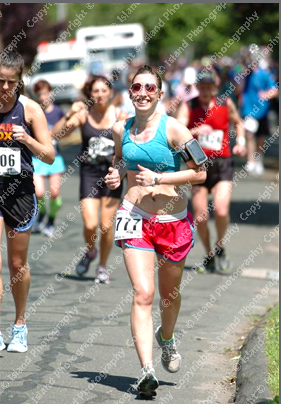 Smiling through the pain

I thought about her the rest of the way and tried to forget about how exhausted and uncomfortable I was.  Clearly, I could have been a lot worse off!   Plus, I was grateful that my body- despite the generalized pain– was still cooperating.  Unlike my past several half marathons, I hadn’t had any real signs of getting sick (aside from occasional nausea or cramps)- a cause in itself worth celebrating!

That last mile seemed to stretch forever; and when I finally did see the finish I sprinted like my legs were going to fall off.  I never have wanted to be finished with a race so badly!  I was over heated and exhausted.   More than anything, I just wanted to pack my whole body in ice!!!!  As luck would have it, I got the next best thing:  the ocean was only steps away from the bag pickup.  The water felt amazing!!!! It was so nice and cold- exactly what my poor, battered legs needed.  I was so thrilled it was over that I didn’t even care that it was probably my worst half time ever- with the only exception being the second half of the marathon.

The truth is, I’m not actually sure of my finish time.  I know the clock was at 2:11 when I crossed, but never checked the official result (based on chip, not gun time).  It doesn’t matter to me what the number was because I know I pushed as hard as I could on that day, on that course, with that set of conditions.  I did the best I could , and I didn’t quit or even walk.  That’s good enough for me.  After all, if you give it your absolute all, does anything else really matter? 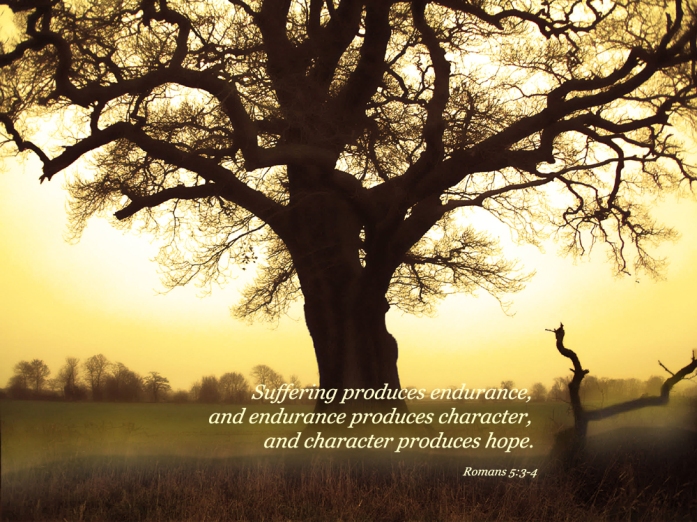