And most importantly, be true to yourself.

Write from your heart, in your own voice, and about what you believe in.” 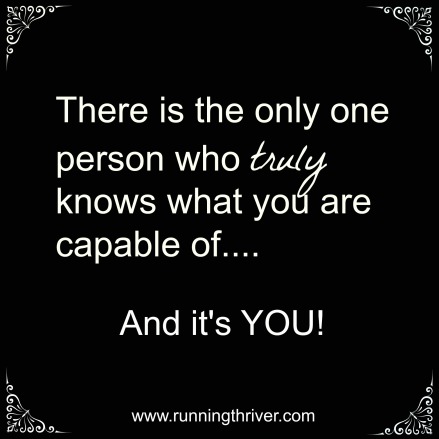 I meant to update you all sooner, but I had an unexpected detour.  Before I get into the details of my recent #EPIC adventures, let me update you on the preceding events.

The weekend prior to my BIG RACE, I decided to go for a ride with my tri club peeps.  I had originally hoped to do the Rev3 Olympic course for practice, but instead we did the local Griskus Olympic course.  I wasn’t terribly disappointed because I figured any time on the bike would be good for me.  Plus, I typically enjoy riding in groups more than riding on my own, so I thought it might be a good confidence boost.  Turns out, it was not my greatest ride.  In fact, it was my most disastrous in some time.  I think this was partly due my nerves about the upcoming race and partly because I was super intimated by the group of individuals who came out.

Normally when I meet up with people from the club, there tend to be one or two people at my skill level.   However, these people were all far more experienced than me not only with cycling, but triathlon in general.  A few of them seemed surprised that I had signed up for the Rev3 Olympic as my first tri, especially given my obvious lack of confidence (and skill) with the bike.  I did not even bother to mention to them that I had actually downgraded to Olympic and had originally planned on the half.  Given that they were already questioning my sanity, I didn’t want to go ahead and confirm their suspicions for them.

Needless to say, before we even started our ride I was feeling out of my league.  It only went downhill from there (cycling pun).  Despite my best efforts to relax and have fun, I just couldn’t find my groove.  I was fumbling with my pedals and even tipped over upclipping at the top of a hill.  Then, because I had dirt in my cleat (I HATE you Speedplays), I couldn’t get back in my pedals to get down the hill.  Everyone else was light-years ahead of me.  And just because that wasn’t bad enough, I managed to get my chain completely stuck between two gears during a steep climb.  For those of you unfamiliar with cycling, that means I had to dismount and fix it (not such a big deal)… and then try to get started again… uphill… on a steep incline… yea not so fun…

I can’t actually remember if I did anything else to embarrass myself on that ride.  The whole experience was rather mortifying.  I was frustrated because it was the mechanical stuff I was struggling with, not the actual riding.  I knew I could do better, but everyone assumed I was just struggling because I was new.  I did manage to run a few miles as part of a brick, but I still couldn’t relax.  I felt like I was being silently judged (and unfavorably judged at that!)…  I am sure that most of this angst was just my nerves and in my head; however, it was the little comments here and there I had trouble tuning out.  Things like how the Olympic Rev3 bike course was very similar to the half, how hard open water swimming is, and how I should be doing my bricks in order (instead of swimming last which I still stand by as more efficient in terms of showering and making me a stronger swimmer… I mean if I am statistically most likely to die on the swim then doesn’t it make sense to make sure I am comfortable swimming tired?  just saying…) kept working their way up into conversation.

So here’s the thing, I am just not a subscriber of the cookie cutter training method.  I truly fail to believe that one training 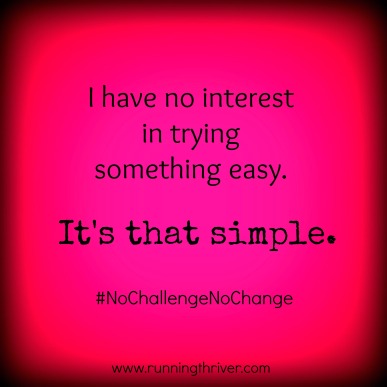 regimen can work for everyone.  For example, what if I don’t feel up to a 10 mile run on the day it’s scheduled?  Am I supposed to just push through and do it anyway?  Where is the allowance for listening to your body?  Plus, I find a lot of those plans require significantly more mileage than I would do on my own.  Now that is not to say that they don’t work great for some people, but I just would rather do my own thing.  I feel like I have trained for enough endurance events to know what I need to do to be prepared.  Apparently, that makes other people a little nervous… especially Type A people.

The thing is, those people aren’t with me when I’m at the YMCA every Saturday morning doing 24-30 miles of spin, followed by a 7+ mile incline run, and a 1 to 2 mile swim.  They aren’t there for the other countless miles I swim, bike and run.  They aren’t with me when I’m running half marathons or ultras, and they have no idea that I’ve been cross training with a personal trainer twice a week.  Beyond that they aren’t aware of what kind of background or mental conditioning I have had up to this point in my life, and they don’t know me.

All that being said, it’d be silly of me to take it personally.  It’s not that I’m incapable in their eyes; it’s that they don’t understand where I’m coming from.  There are some people who would just never sign up for a race they weren’t sure they would do well at, let alone finish.  The way I train and challenge myself is scary to them, and that’s ok.  I don’t need them to believe in me.  I believe in myself.

Perhaps when those same people see me crossing those finish lines and chasing my dreams it might inspire them to break out of their comfort zones and do the same.