“One way to get the most out of life is to look upon it as an adventure.”
William Feather 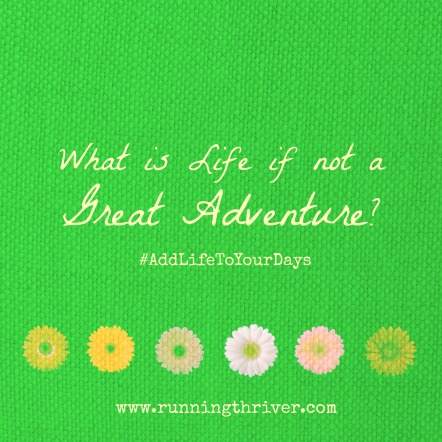 Today I had a Beyonce moment. No, not in the Queen Bee-Feminist-Diva sense.  Rather, in the Giant Metal Chicken sense. Let’s face it, one of these was more obtainable than the other… and I do have a slight fetish for giant metal animals.

It’s no secret that I am a  HUGE fan of the Bloggess. The women makes a living at being snarky… she is pretty much my hero.  Anyway, part of the reason I think she’s so hilarious is that I find her oddly relatable.  Back when I first read of her escapades with Beyonce, I immediately sent the link to my mother with a note that was something to the effect of “This is sooooo something we would do” because it was ABSOLUTELY something we would do.

Fast forward several years later, and my mom and I finally had our chance in Home Goods to live the Beyonce dream.

It started out innocently enough. It was my sister’s last day of summer vacation, and I promised her I’d take her out to enjoy it.  She couldn’t decide between shopping for clothes or new stuff for her room, so we decided to do both.  By the time we arrived at Home Goods (ie. the bargain hunter’s Mecca) we had already scored some sweet deals on new clothes next door at Kohls.  I splurged and spent $8 on a new sundress, which already put me in well the lead for best deal of the day.

Upon stepping through the automatic doors it was as if the Heavens themselves were illuminating a path to the back of the store… that or I was simply drawn to the giant, metal, SHINY object towering over the aisles…

A GIANT METAL GIRAFFE!!!!! WHAT COULD BE MORE AWESOME?

There are no amount of photos that could do adequate justice to the magnificent creature that stood before me.  She was over 7 feet of shiny, metal, giraffe AWESOMENESS complete with long, beautiful EYELASHES!!!!!  The only thing that could have possibly been more awesome is if she were a giant llama, but still a 7+ foot metal giraffe?  Come on people!  I couldn’t just leave her there!

The stock guy could see my internal struggle. It was just too stunning to leave in the store, but how would I ever get it home? Then there was the issue of the hoodlums in my neighborhood who had already stolen my Halloween decorations.  Suddenly the lightbulb went on! My brother is getting married!!!!! I had been trying to think of something both unique and completely over the top to get him and his fiancee.  BINGO  What could be more unique and over the top than a 7 foot giraffe??? Obviously they would love her as much as I did.  She would be cherished and held in a place of esteem in their home.  Not to mention the terrific reaction it’d provoke when they came home to a giant giraffe on their deck.

So we were now the VERY proud owners of a larger than life metal giraffe who was not so willing to be taken down without a fight.  We got three of her legs off easily enough, but the fourth just wasn’t budging. I only wish I had a picture of what my mother, sister, and I must have looked like with our partly dismembered giraffe in the parking lot.  We certainly drew plenty of unabashed stares. Strangely, no one offered to help.  Ultimately, we found a store worker to aid us in popping off the last bolt and were merrily on our way (with a now completely dismembered giraffe).  Lucky for us, she’s a skilled yogi.

Once we had our cargo safely tucked away, we decided to bring her straight to my brother’s so we could surprise them when they got home from work.  We made a quick pit stop at my mom’s on the way and fashioned an uber cool sign for her to wear, just in case they didn’t immediately associate the random, giant giraffe appearing on their deck with being a wedding present.

Thankfully, our Liza (that was my name pick after Liza Minnelli. It seemed fitting with all the lashes. Mom preferred Georgette and Christy wanted Gloria.) went back together much more easily than she came apart. She also matched their deck furniture perfectly, so it was clearly meant to be.  When we finally got her all set up with her sign and some extra colorful ribbon for good measure I got a text from the hubby asking “What did you end up doing today?”

I told him I got a wedding present for my brother and his fiancee… and sent him this picture:

Strangely, I didn’t get an immediate reply back. After some prompting, he asked how they liked it. (I truly appreciate my hubby’s ability to be so politic about these situations)  I told him it was a surprise. I think he may have been worried for them, but that’s only because he fails to appreciate giraffes the way my brother (and his fiance) and I do. The rest of our conversation went something like this:

I’m lucky he loves me…

Ultimately, my brother and his bride LOVED their giraffe and were very surprised to have been greeted by her when they got home. Mostly, I think they were trying to figure out how on earth we got her there… which was a combination of ingenuity and determination.

I’m just thrilled they love her as much as I did. It was totally worth every penny (and the bleeding invoked by the disassembly process) to know they will smile when they see her. It was also well worth the money just for the amount of hilarity that ensued with my mom, sister, and I trying to get the giraffe in the car and to their house.

Anyone can buy a wedding gift on a registry, but those who are daring surprise their loved ones with giant metal giraffes.