Whatever you call it, whoever you are, you need one.”

(Quote on my Archangels workshop folder) 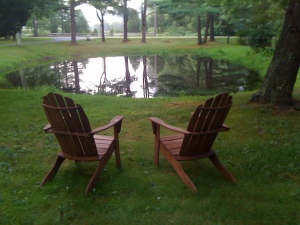 “Day 3 of the Thriver Retreat and I am drained.  I had nightmares overnight and didn’t get much sleep.  I am still missing my natural rhythm of running in the morning and have had difficulty shaking off lingering negativity.  I should have run this morning , but it’s too late to beat myself up over it.  I do anyway.  I feel guilty for not being more upbeat.  I don’t want to drag down the rest of the group.  I need to stop doing this.  I need to allow myself to feel off at times. ”

Above is my journal entry from this morning.

I spent this weekend at an Archangel Thriver Retreat at the Guest House in lovely Chester, CT.  It was both an energizing and exhausting experience.  That is part of the reason my blog posts have been delayed and are now coming in a flood.

Naturally being an introvert, I find spending time in groups extremely tiring.   I can’t even handle long periods with my own family without getting worn out.  I need alone time to recharge.  Don’t get me wrong.  I truly enjoy other people’s company.  I want to feel connected like every other person, but this was a little too much of a good thing.  By the end of Day 2 I was over-extended and overwhelmed.

The lack of sleep that night only added to my fatigue.  By the morning of Day 3 I felt like I had nothing left to give.  I was drained.  Breakfast was a bit a of a solemn affair.  I could see the exhaustion I was feeling written on the faces of some of the other women.   This made me feel a little better, a reminder that sometimes being off is normal and not a lingering remnant of abuse.  We looked like we had been to battle- in many ways we had.   The retreat had pushed each of us outside our comfort zone and forced us to confront our inner critics.  Survivors of abuse have particularly loud inner critics (many times taking on the voices and comments of the past abusers).  It’s a constant struggle to keep them quiet.  It was clear the fight had worn on many of us.

The morning began by “opening the circle”, a chance for the group to meditate, offer prayer, share energy, and our thoughts of what we were grateful for.  There were many apologies mixed in.  Apparently many more people were experiencing low energy than I had realized.  I was clearly not alone.  Even Susan was not herself.  Sharing this knowledge helped us try to shake off the negativity and embrace the day.  Our theme of the retreat was “Fireworks”, inspired by Katie Perry’s hit song.  It was the first time I had actually read the lyrics.  They seemed so appropriate.

We let our colors burst by writing letters to ourselves from 6 months in the future.  We were supposed to envision all we’d have accomplished by then.  It was so wonderful to hear everyone’s positive vision of the next 6 months!  I was the last to read mine to the group.  I started strong but started to tear up (as usual).  I congratulated myself on finishing my first half and full marathon despite doubting that I could do it, for fundraising for charity, for having a successful blog that was reaching and inspiring other women and spreading the word about domestic abuse, for using my desire to help and heal others to overcome insecurities and my inner critic, for accepting myself and others, for no longer keeping people at arms length, for letting go of the lingering notion that I “make everyone around [me] miserable” (something that still haunts me from my abuse), and for finding volunteer work that was meaningful to me.   It was a tall order, but I’ve always been one to aim high.

I also gave myself the task of organizing a road race as a fundraiser for CT-ALIVE.  It will be my first attempt at organizing any event, period.  I don’t know anything about how to host a road race, but I will very shortly!  It gave me a pit in my stomach on the ride home, and then I reminded myself that 1) I won’t be doing it alone, 2) even if I fail or it doesn’t work these women will support me and encourage me to keep trying, and 3) it will be COMPLETELY AMAZING if we actually pull it off!  After all, my goal is to help other victims and speak out, and this will be a terrific opportunity to not only spread the word about domestic abuse, but also about THRIVING.

As worn and exhausted as I returned home today, I was equally inspired!  I LOVE these women.  I have never experienced such unconditional support and understanding from a group, many of whom are practically strangers.  It is such a profoundly incredible  feeling to belong to such an empowered and optimistic network of women.

Here is another terrific music video that one of the beautiful ladies at the retreat shared: “I Love Me Better Than That” by Shirley Murdock 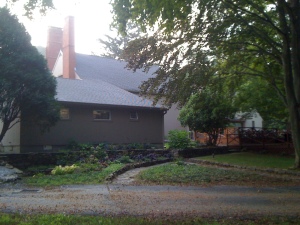 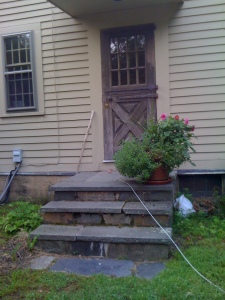