“Perhaps the genius of ultrarunning is its supreme lack of utility. It makes
no sense in a world of space ships and supercomputers to run vast distances
on foot. There is no money in it and no fame, frequently not even the
approval of peers. But as poets, apostles and philosophers have insisted
from the dawn of time, there is more to life than logic and common sense.
The ultra runners know this instinctively. And they know something else that
is lost on the sedentary. They understand, perhaps better than anyone, that
the doors to the spirit will swing open with physical effort. In running
such long and taxing distances they answer a call from the deepest realms of
their being — a call that asks who they are …”
– David Blaikie

I’m baaaaaaack, which means I survived my Ragnar Adirondacks Adventure! I’m not sure I can adequately do justice to what an UNBELIEVABLE experience it was, but I will do my best. I had no idea what to expect go into this event as I had never done a Ragnar Relay or run for a sponsor. However, I did at least have a few ultras under my belt, so I knew what to expect from a mileage standpoint.

Since an ENTIRE weekend of racing is A LOT of race to recap, and ultra runners tend to have a LOVE/HATE relationship with their miles, I thought it might be more fun to break this post down into The Things I LOVED/HATED About Ragnar Adirondacks. 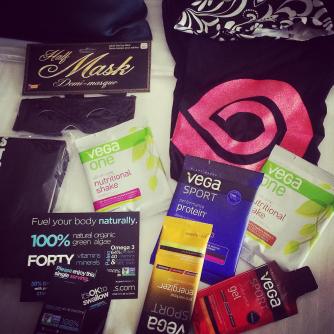 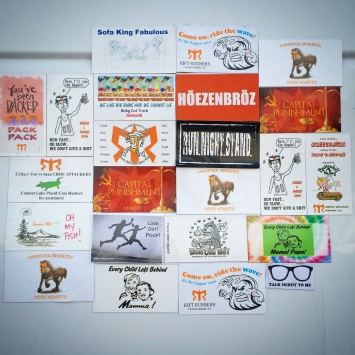 NOT FEELING THE LOVE

All that being said, I would 100% do it again in a heartbeat! As I already mentioned, I simply can’t say enough for what an absolutely amazing experience Ragnar Adirondacks was. The entire trip exceeded my expectations in every way possible. I feel so blessed to be given this opportunity by Bondi Band AND to have had the support of all our other sponsors who were all both more than generous and super supportive. Beyond supplying us with a wide assortment race fuel (Clif bars and Bloks, Mojo bars, Krave jerky, Vega supplements, Energy Bits, and Nuun) and Bondi gear, we also were provided bath wipes from Shower Pill to keep us feeling somewhat human between our legs, KT Tape for our weary joints and muscles, and the most adorable race skirts ever from Chase This Skirt.

For me Ragnar Adirondacks had everything I could want in a race: beautiful scenery, high mileage, great staff and volunteers, and a super fun atmosphere. The fact that I was able to run it through the support of sponsors was truly a gift. I am glad to have been connected with some great companies who not only have great products, but actually care about their athletes. I would absolutely recommend each sponsor that supported our team and would like to extend a sincere big thank you to all of them.